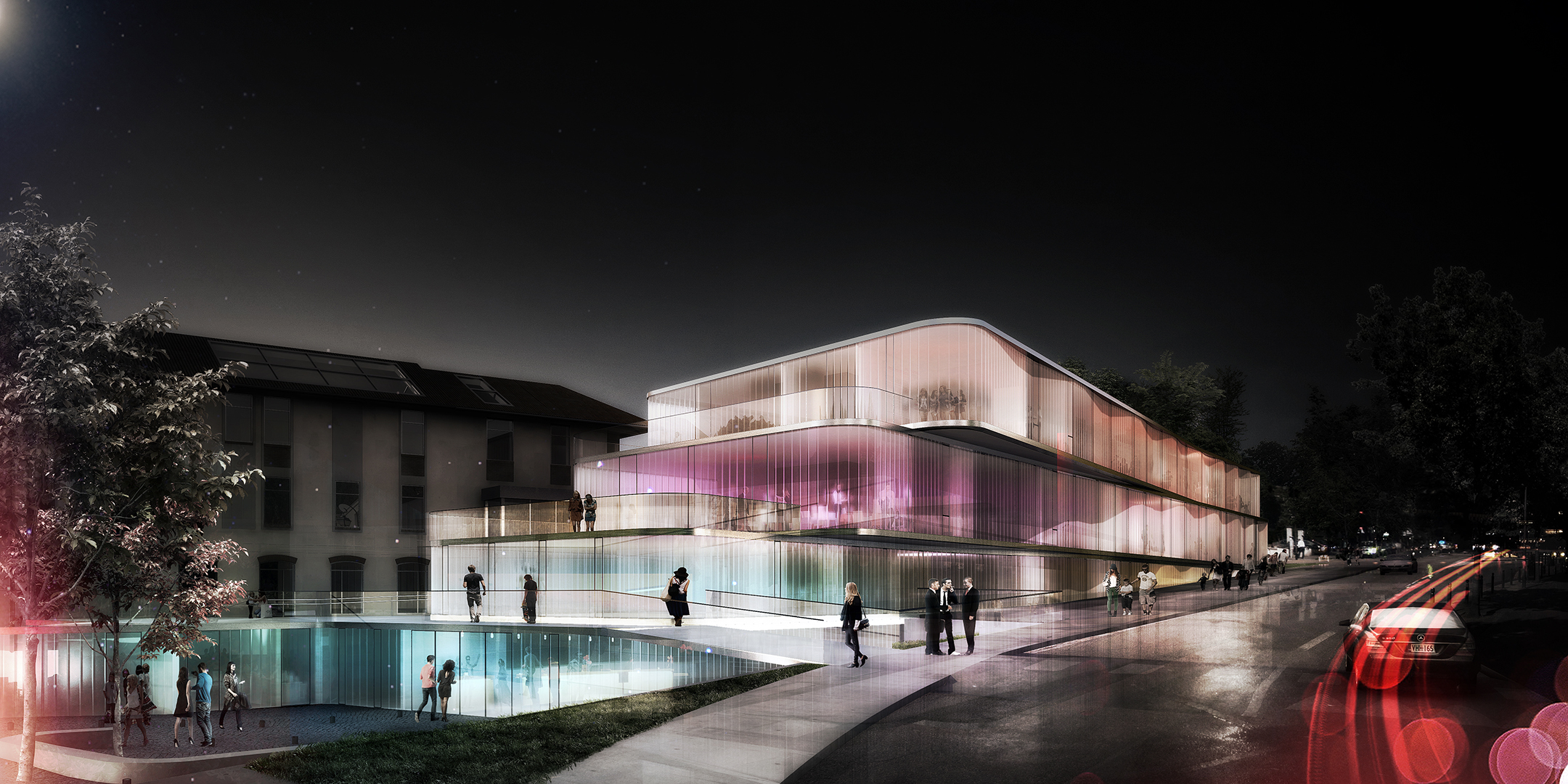 Antony théâtre Firmin Gémier wishes to meet the technical requirements and the intimate spirit of certain shows by offering a more flexible stage space. It wants to develop his programming by including emerging forms of scenic expression and to increase the working time in residence to become a living and meeting place between artists and the public. At the same time, the city of Antony wishes to integrate more modularity into its programming and increase cultural awareness actions.

The theater is located in the magnificent Saint Raphaël park. The objective is to maintain its landscape quality and to minimize the impact of the volume in the existing landform in order to avoid the “wall” effect. On the other hand, the program requires a public square, parking access and an unloading area for the props which must be integrated into the road system.

To reconcile technicity and nature, the project proposes a burying of the room and a system of topographic curves which harmonize the silhouette and solve accessibility problems.

On the other hand, recalibrating the rue Labrousse is minimal, the intersection with rue de l’Eglise has been redesigned in a desire to respect the existing dimensions of this street. 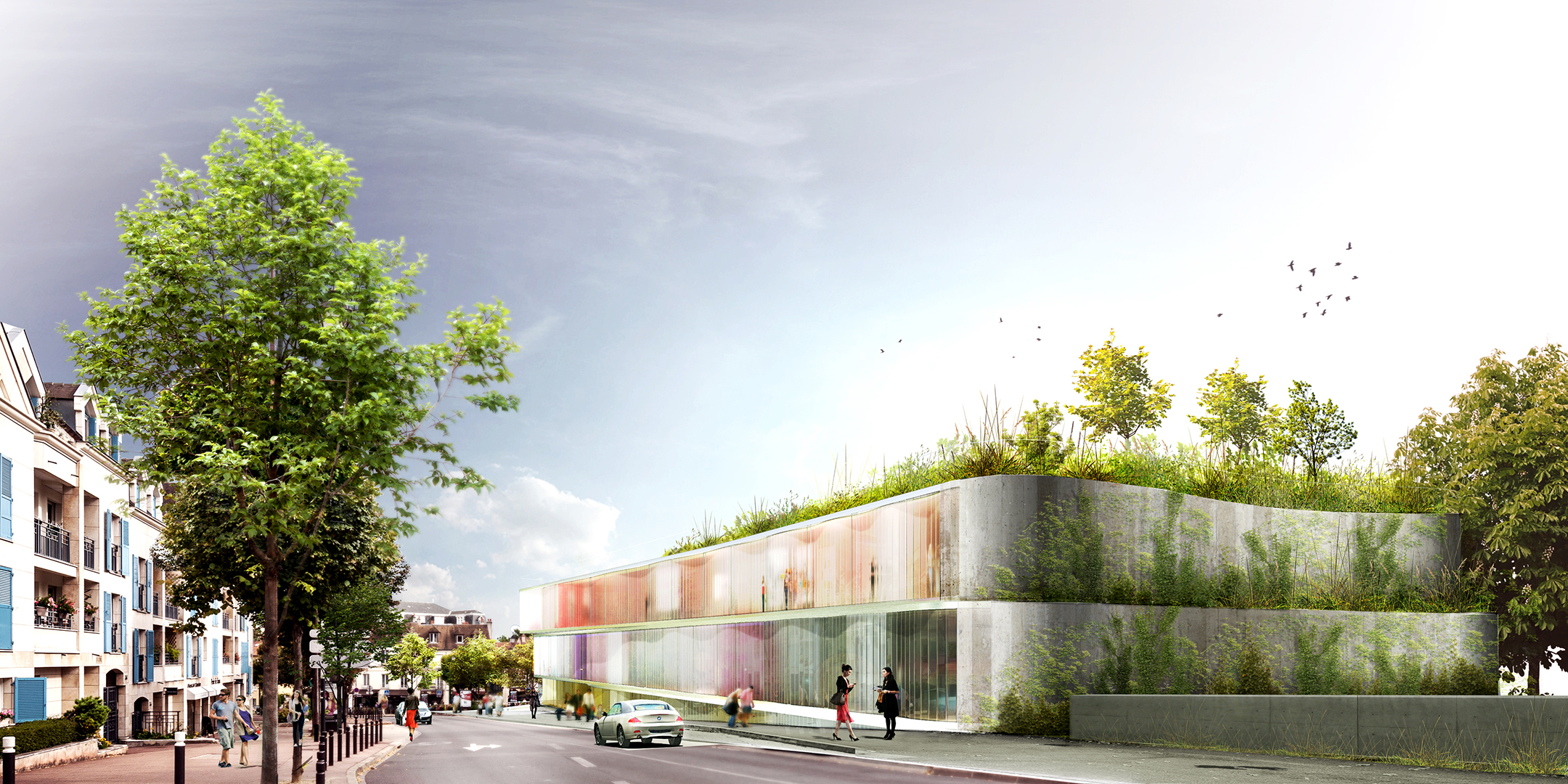 A flexible envelope is developed around the cubic and technical volume of the performance hall itself. At each level, the other programs envelop the black box and the vertical circulations, it is a matter of erasing the wall effect that could appear given the imposing volume of the scenography. Since an artificial vertical vegetation would not be enough to make the building disappear, the architectural device of the project consists in creating a soft topography, in steps, which makes it possible to integrate the volume into the existing elevation and to minimize the visual impact by rounding all the angles and vegetating part of the curves on the garden side.

Then, a specific architecture appears. The theater appears as a succession of volumes, tiered in soft waves, which play either with opacity or transparency. As soon as night falls, at the time of the first act, the theater lights up through its blades in progressive waves of transparent glass.