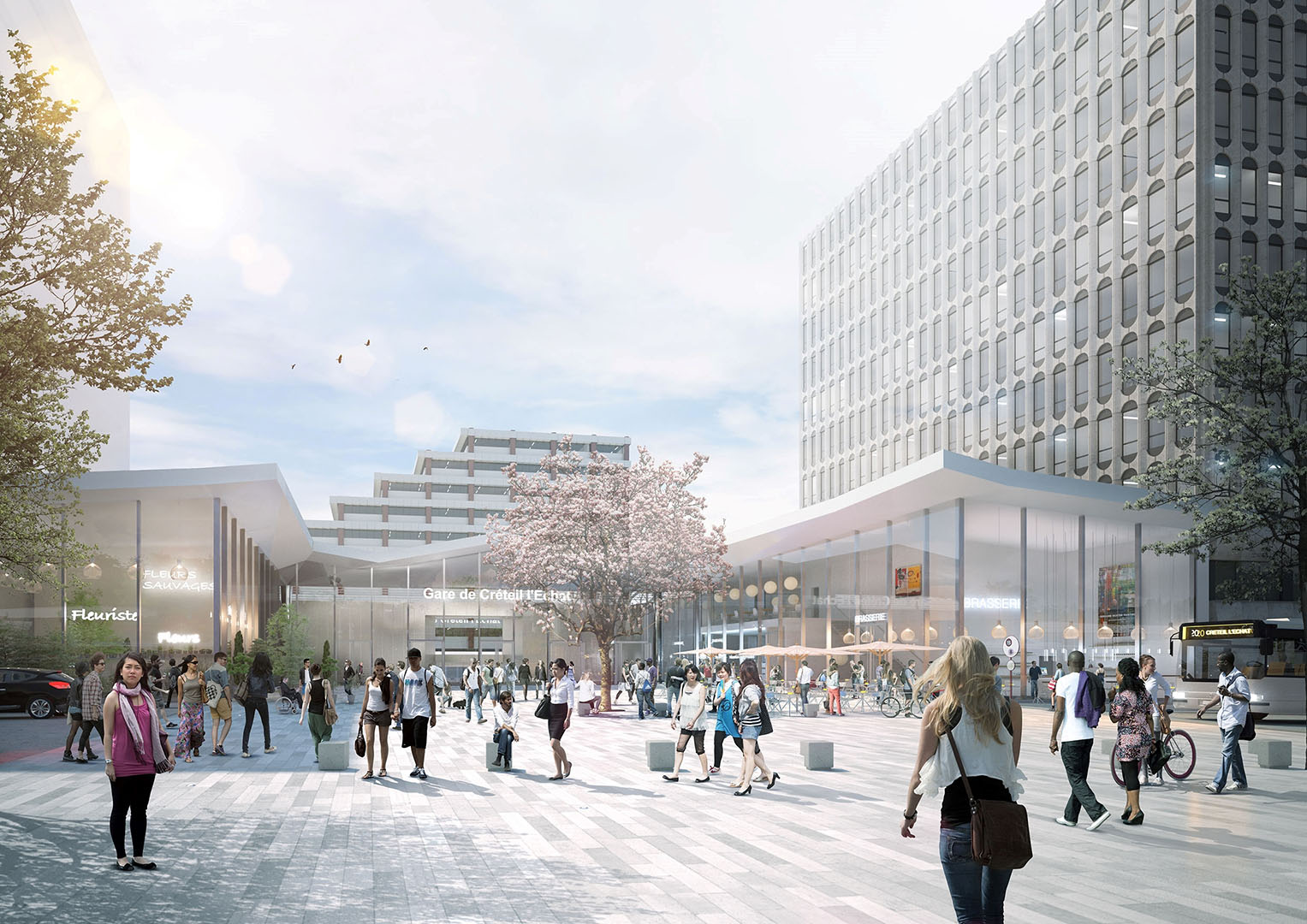 In connection with the Créteil subway station, the new Grand Paris Express Créteil-Échat station will allow an urban redevelopment of a sector suffering from a lack of programmatic diversity and a predominance of road infrastructure.

In addition to the multiplicity of access to the various city’s facilities, such as the Henri Mondor hospital, connections between the Échat district and the areas further west of the hill will be created. The capacity to spread flows from the station to the hospital and the Paris-Est Créteil University, to the west of the subway route, and to the office buildings and annexes of the university to the west, will be redesigned. The area around the station will become a gathering place, developed as a new public space on a human scale.

As a new urban landmark, the square will become the recognizable meeting point for adjoining buildings and their interstices. Bordered by active ground floors, it will replace the neighborhood scale to match that of the pedestrian. The existing underground shopping mall will emerge in the volume of the station and will highlight this active continuity. 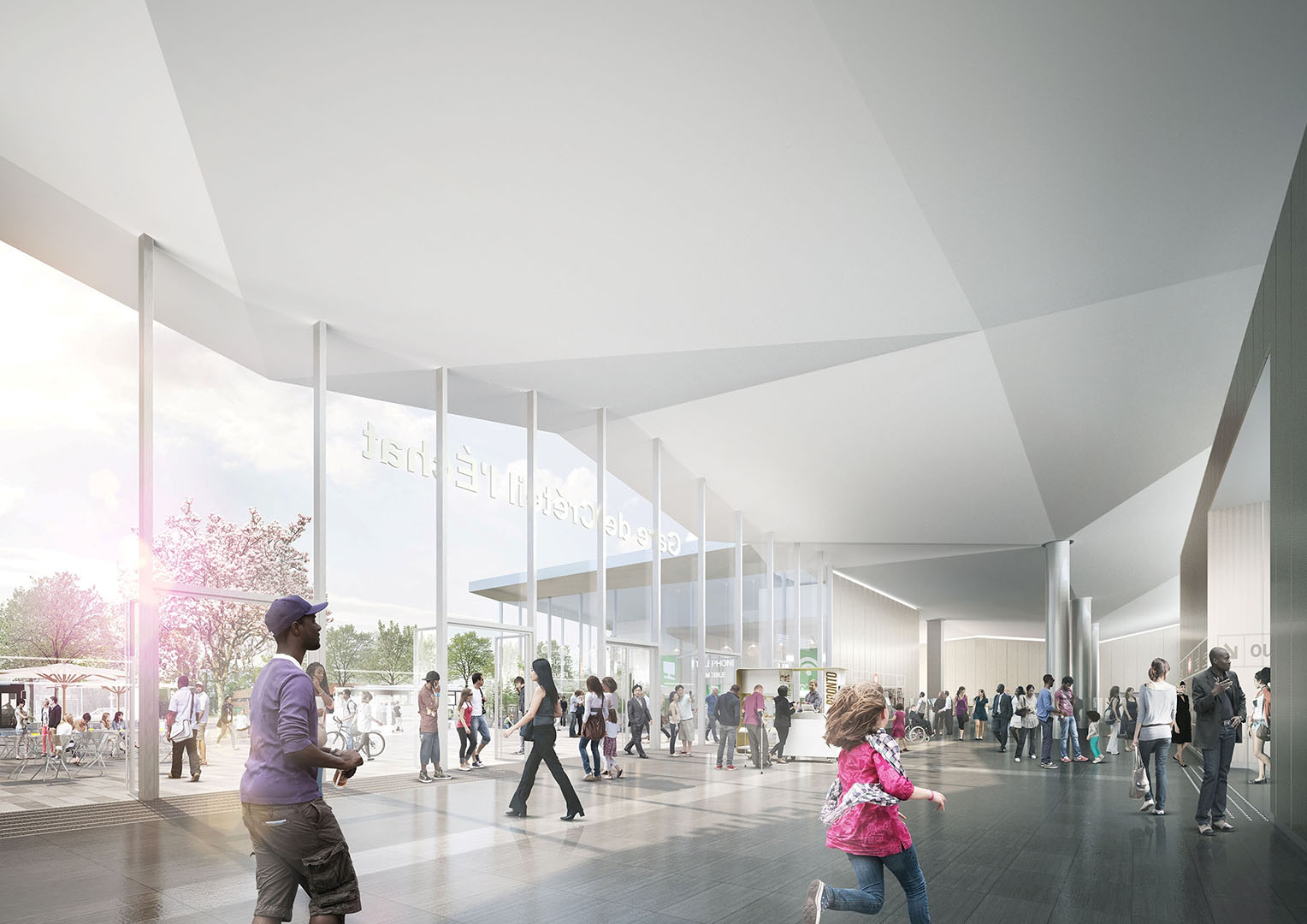 a new passage
on the ground floor

The new subway station is attached to an existing office building as well as to the hillock of metro line 8, under which a passage on the the ground floor is open. As a direct extension of rue Leonhard Euler, this link, visible from avenue du Général de Gaulle, fits well into the existing fabric. This is a breakthrough serving the interests of the civil engineering structure and allowing continuity of public space towards the new forecourt and strengthening its central position. 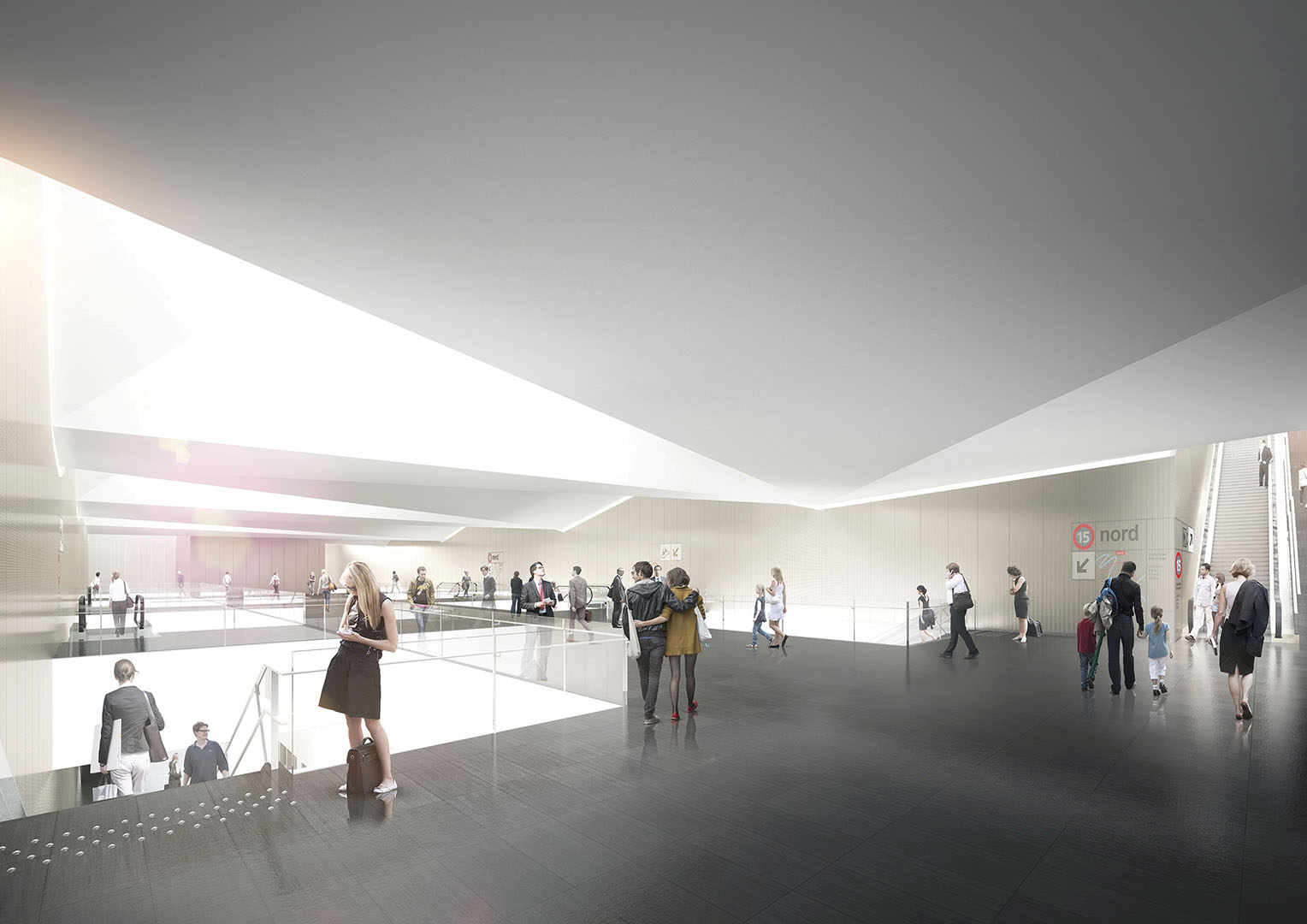 progression
in shades of white

The Créteil l’Échat station is made up of a succession of 3 orthogonal volumes – gallery, descent, platform box – which allow the Grand Paris Express to travel to the elevated platforms of line 8.

Its architecture, light and transparent, strives to develop consistent neutral and homogeneous spaces to unite distant programmatic elements. The traveler will walk in a peaceful space, with materials and colors in shades of white, very soothing and revealed by an omnipresent natural light, from the traffic to the platforms.

Around the square, the light and transparent volumes of the station are covered with a pleated roof. Like a new topography, this 5th facade presents itself as a landmark at the neighborhood level. It unfolds like an origami, from inside the station to the mezzanine of the platforms. On the underside, it ensures a continuity of path between the volumes and the pleasing acoustic of the whole.

The hall functions as a large urban gallery connecting the two stations, opening onto the open square and displaying the subways’ course, visible from the ground. 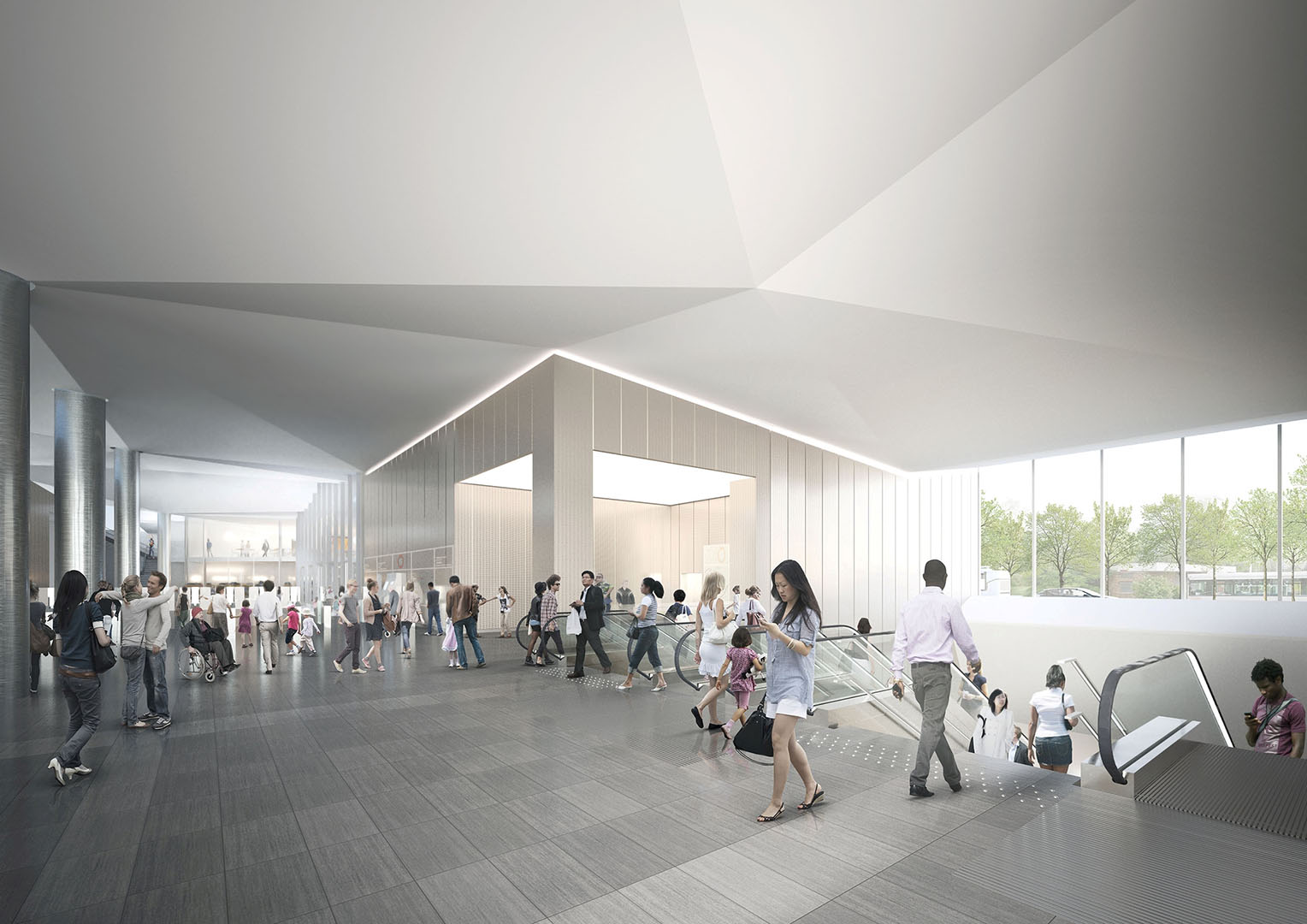